Now we’d like to show one of messages from YCP participants at WPX SSB on this March.

Since this was my first DX contest to participate in, so I had got confused in many unfamiliar cases, but I could enjoy the contest thanks to other operators’ support. Some of them had never participated in this kind of contest just like me, so I was largely encouraged and I often sympathized with them.

I was ready to face the difference of callsigns and pronunciations among each countries (it was hard to catch correctly “eight” from some countries indeed.) However, from the viewpoint of a person who had only took part in domestic contests, I think I had an experience which expanded my view of the world of ham radio … good condition in a band which I hardly used (I came to think better of 20m), the difference of countries whose conditions are good depending on time in bands which I was used to, etc. I felt that I should operate in domestic contests depending on the difference of each bands in each time. 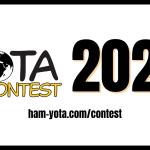 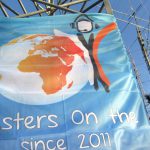